My heart is breaking for Afghanistan

My heart is breaking for Afghanistan.

25 years ago in 1996 when the Taliban had taken about three quarters of the country, Frog, myself and our friend M visited. Through a series of miracles we encountered the leadership of the Taliban movement in their military headquarters holed up in Herat. We interviewed them as student journalists for our university newspaper and asked them questions about their beliefs and their particular form of Islam. We also had the privilege of sharing the gospel with them and giving them Bibles that we had smuggled in. The religion minister at that time took the Bible, thanked us and shared that he had been praying to God for years that he could have a Bible. He promised to read it every day until he finished it.

The Bibles had made their way through Turkmenistan, across the border and past multiple check points including a “luggage check” at a Taliban road check point. This included the three of us watching Taliban armed with Kalashnikovs rummaging through our back packs. Each bag contained 15+ New Testaments and at least 1 full copy of the Bible in the relevant Afghani languages. They did not see the Bibles. After this particular baggage check we were waved through the next 5 road blocks including one at which a child was juggling with grenades. We drove past shot down helicopters and bombed bridges. We experienced miraculous deliverance and the opportunity to share the gospel with the Taliban leadership and many others at that time.

Watching the news reports coming out of Afghanistan is devastating. Everyone I know feels desperately sad, whatever our political persuasions, this is undoubtedly a shocking and devastating moment in world history. Afghanistan has been a nation I have loved and prayed for since I was 16 years old. The news reports and images of what is happening there right now are deeply traumatic and we can hardly wrap our minds around the desperation of a generation of people who have been abandoned. We may feel helpless but we can give, care and pray.

Today I am praying for the many, many Afghan Christians in the growing house church movement there. For deliverance from violence and death and for courage and boldness to proclaim Christ. And may there be future apostle Pauls in the Taliban – violent persecutors who encounter the risen Christ. The reports I am hearing from believers on the ground are that many former jihadis have met Jesus and are not afraid to proclaim him to the Taliban when confronted. May the Lord strengthen and encourage them!

A friend who supports the house church movement shared that most Christians in Afghanistan expect to meet Jesus face to face in the next two weeks as they are tracked down. It is right that we lament, cry out and pray as brothers and sisters in Christ far away. “Oh, that my head were a spring of water, and my eyes a fountain of tears! I would weep day and night for the slain of my people.” Jeremiah 9:1 Lord have mercy!

When our own words run out it can be helpful to pray a collect. Here is one from the Anglican prayer book:

Whose will is to restore all things

In your beloved Son, the king of all:

Govern the hearts and minds of those in authority,

And bring the families of the nations

Divided and torn apart by the ravages of sin,

To be subject to his just and gentle rule;

Who is alive and reigns with you and the Holy Spirit,

One God, now and forever.

Here's some photo's from the road. The first is a photo of me on the road after the checkpoint, the second is Frog cutting my hair with a pen knife before we crossed the border, and the third is a photo of Frog and I together after meeting with Taliban leaders. Our camera went though a Turkmen Soviet style x-ray machine designed to destroy the film but these survived... 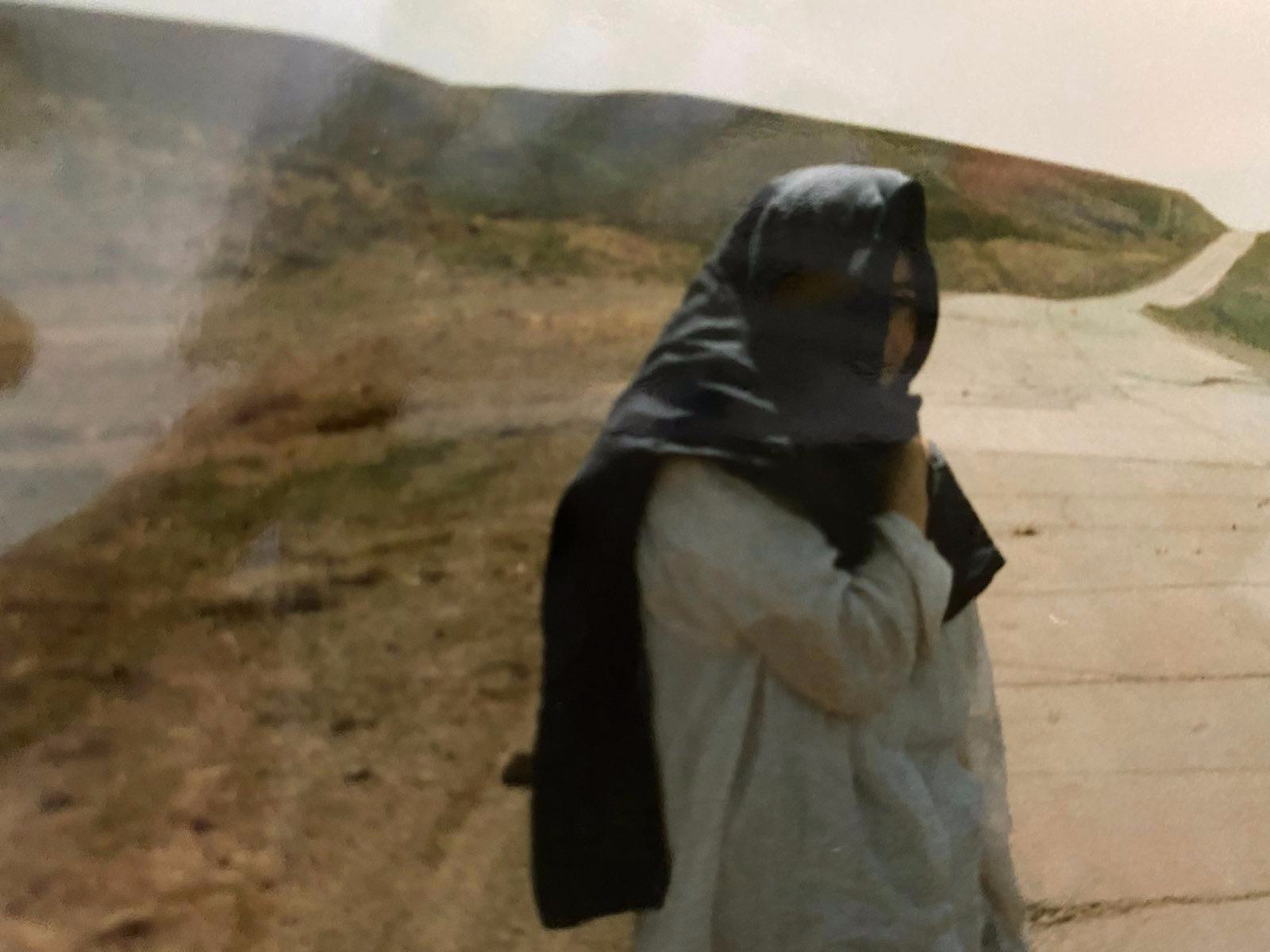 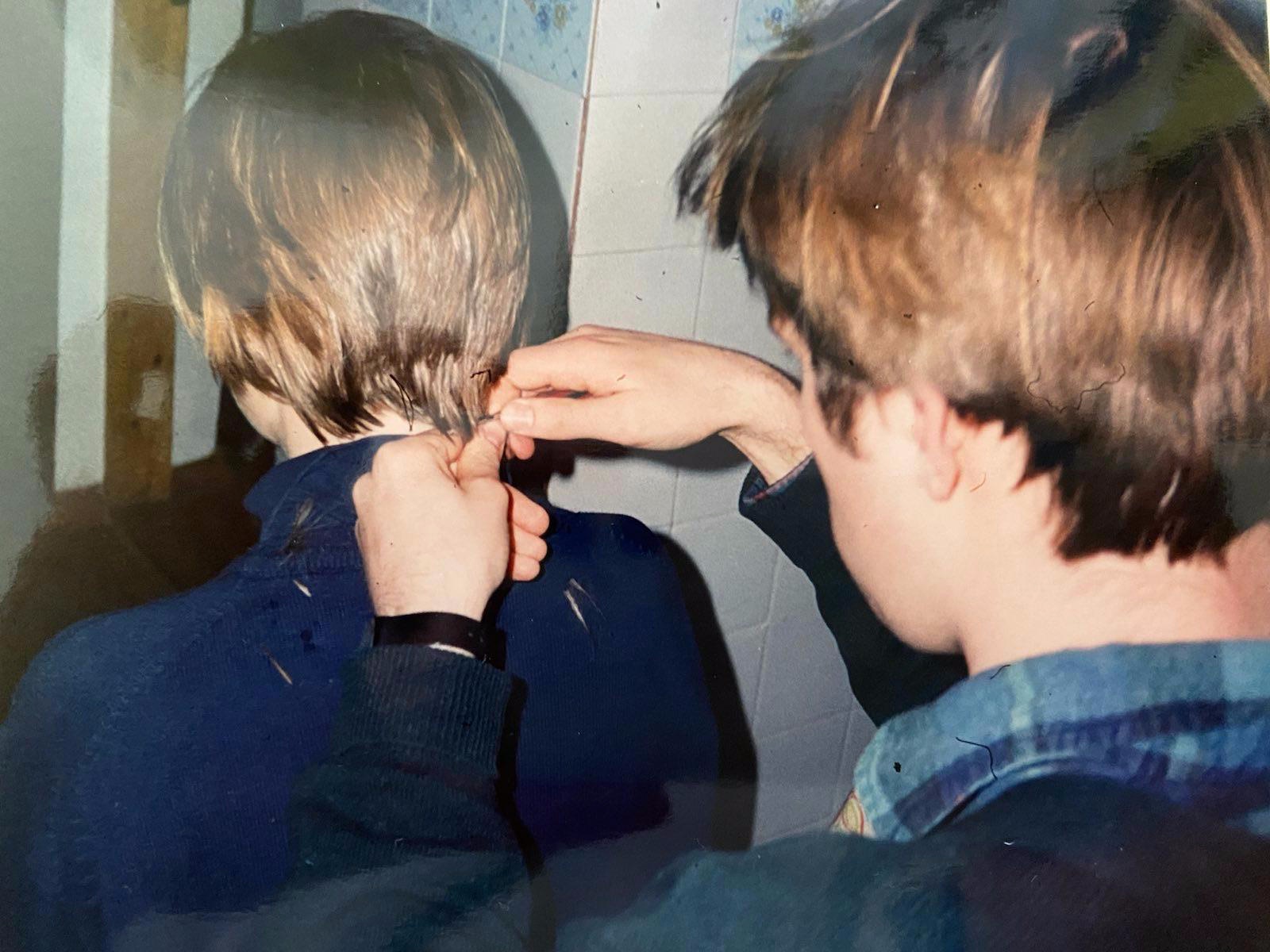 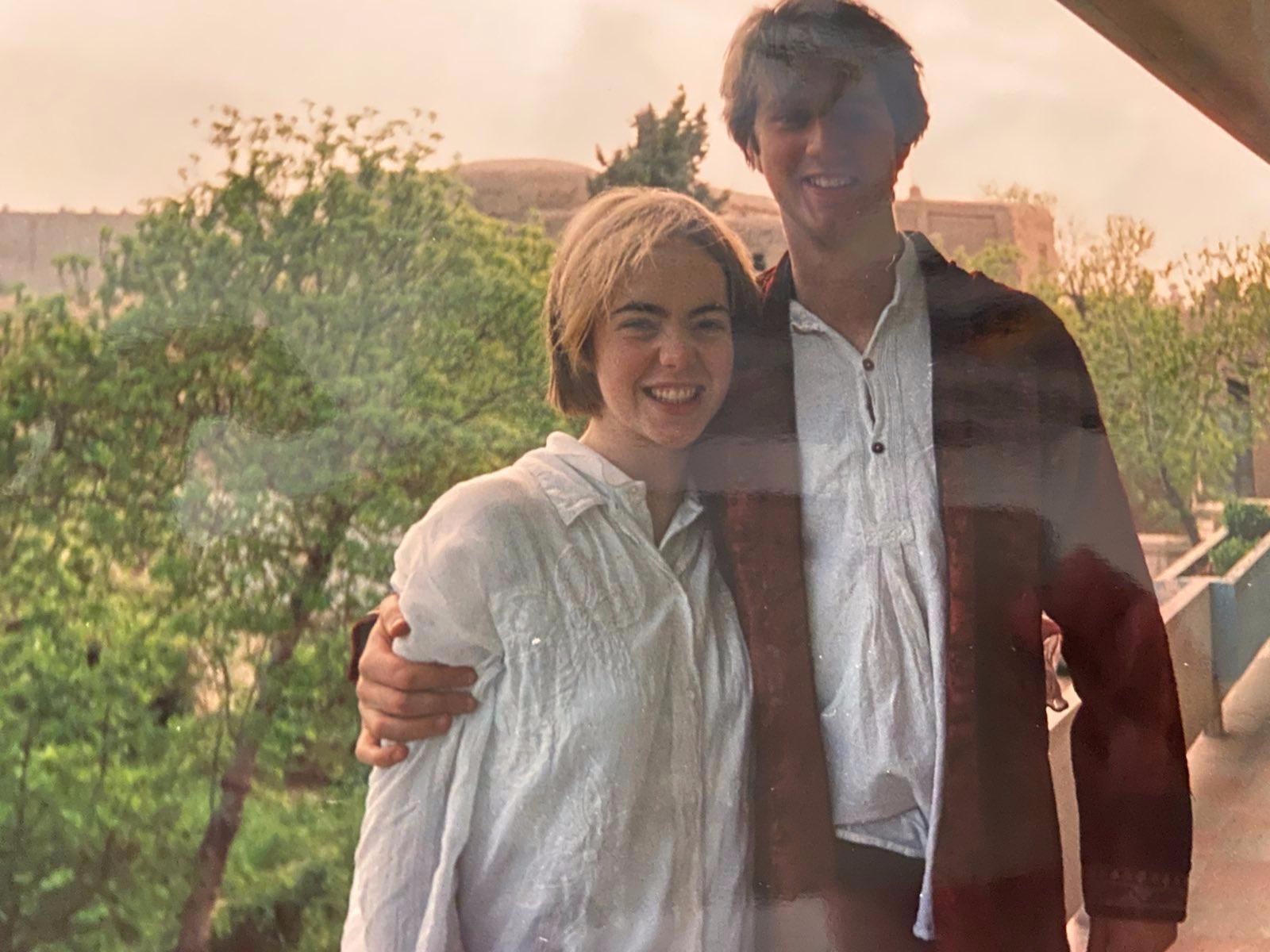 Discover and peruse through Amy's own bookshelf where you'll find a selection of Amy's all-time favourite books that continue to shape her thinking and heart for ministry.

Discover upcoming speaking events for Amy Orr-Ewing and book your place online or in person. See you there!